Tribal Rugs: How The 1960s Changed The West’s Taste In Oriental Carpets

PRAGUE, July 18, 2008 – In the mid-1960s and into the mid-1970s, hundreds of thousands of young Europeans and Americans traveled East – to Morocco and Turkey or, much farther, to Iran, Afghanistan, India, and Nepal.

To the East, as in this verse from ‘Marrakesh Express:”

The sudden longing for places with strong colors, tribal designs, and mysticism had an enormous influence on Western taste in oriental carpets. But before considering how much, it is time for the story of ‘Mercedes’ Werner.

Werner, his first name, is a retired German antiques dealer who divides his time today between Wurzburg and Prague. But even a few minutes after meeting him, it becomes clear he considers his spiritual home to be Turkey.

It began in the 1960’s, when he flew to Istanbul for a short vacation. He fell in love with the city and quickly realized he would need a car if he wanted to explore the country. So he flew back to Wurzburg for his old Mercedes and then began regularly driving 20 to 24 hours non-stop from Germany to Turkey.

To pay for his trips, he carried back Turkish rugs, artifacts and, because it was so easy to give the Turkish border guards 5 DM, even antiquities. But the story he likes to tell most is not business related. It is about a roadside village near Lake Van, which had nothing to offer except scenery.

Werner stopped so often at this village that he became very attached to it. He exchanged stories with the people at his favorite restaurant, became friends with the owner, and learned all about the local music. Then, for many years, he stopped going there as business took him elsewhere. 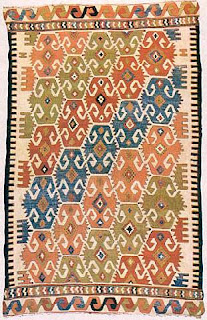 One day, when he was already middle-aged, Werner was home watching a documentary about eastern Turkey. Suddenly he heard the same village music he knew so well and there on the screen was the restaurant owner being asked if tourists ever came to such a remote area.

“No,” said the restaurant owner, “they only go to the seaside resorts.” And he added, “It’s not like 30 years ago when people came here just to see our mountains and learn about how we live.”

“What kind of people were those?” the interviewer asked in surprise.

Werner says that when heard that he broke down in tears. He didn't know he had this affectionate nickname. And he had not realized how much his visits had been something extraordinary not only for himself but for his friends. The next year he returned to the village and revived what he now sees as a very important part of his life.

Interestingly, there were lots of Werners who came out of the adventures of the 1960s and 70s. Dennis Dodds, the head of the ICOC (International Conference on Carpets), says many current rug dealers got their start just that way. The rugs they discovered on their travels did much to shift their generation’s taste toward village and tribal designs and away from the elaborate city rugs favored by their parents. 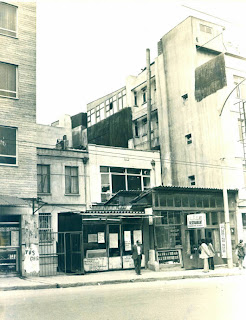 In Istanbul, the travelers – including Dodds – gathered at the Pudding Shop, where they exchanged information and contacts for trips across Turkey and on to India. The café’s owner was said to be so helpful that he once gave a chair to a customer to sit on for the journey to Kathmandu. That was when all the usual seats in the minibus were full.

Dodds says that because the travelers were on a low budget and keen to get in touch with nature and natural lifestyles, they were attracted by affordable village and tribal pieces rather than by Ottoman, Safavid, or Mughal-derived designs. The geometric patterns of the rugs they brought home to Europe and America fit nicely with the 1960s fashion of Op Art and they soon became the new market standard.

What weavings most owe their success to these years? Probably kilims. They suddenly became hugely popular, in part because they are so boldly graphic – offering just colors and patterns. By contrast, pile carpets add a third dimension - texture - which diminishes the clarity of the design.

The 1960s and 70s are long gone, along with long hair and long, strange trips. But it is interesting to realize that the aesthetic tastes the travelers helped set for rugs are still very current, and probably will remain so until the next great shift in Western pop culture.

I think that this is wonderful , I love the information, Morocco and Turkey or, much farther, to Iran, Afghanistan, India, and Nepal are the best counties in the world !!